Dr. G. Sauer & Partners is proud to announce that it is part of the Dragados Inc. led team with AECOM as the Design Prime being short-listed as one of three for the pursuit of the Scarborough Subway Extension SRS (Station, Rail System) project.

This procurement will follow a Progressive Design-Build process with close engagement of the pursuit teams with Metrolinx during the RFP phase. Dr. G. Sauer & Partners will not only bring expert tunnelling design and engineering knowledge to the team, but also has extensive experience in alternative procurement methods such as OCI (Optimised Contractor Involvement) at Crossrail Farringdon Station, ICE (Innovative Contractor Engagement) at London Underground's Bank Station Capacity Upgrade and as part of the Design and Build team for HS2 Euston Station.

We look forward to providing our engineering skills to the team during the RFP. The team will develop cost-effective underground construction solutions to help minimise the disruptive impact on the affected neighbourhoods at the three new station locations, and at the Kennedy Station and Sheppard areas.

It is another major project in the line of Dr. G. Sauer & Partners' successful public transport projects which started at Edmonton, AB and continued strong in Toronto, ON on the Eglinton Crosstown LRT, ECWE, Highway 401 Rail Crossing, Yonge North Subway Station and the Scarborough Subway Extension. 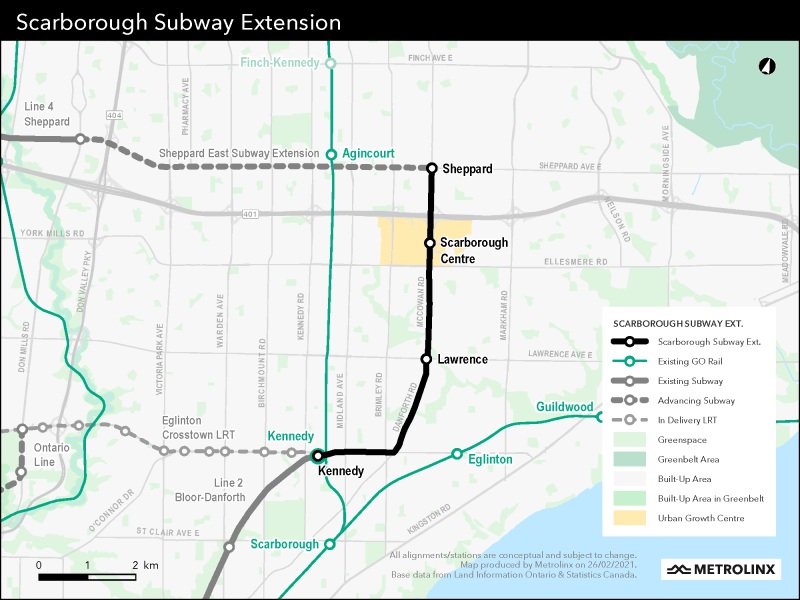