Earlier this month, the Dr. Sauer & Partners team in Toronto had a busy and fruitful visit to Vancouver for the Tunnelling Association of Canada’s Conference: “Tunneling for the Future – Sustainable and Smart”. As proud sponsors for the event the team were busy manning the Dr. Sauer & Partners’ booth in the exhibition hall as well as presenting three separate papers during the conference sessions.

In addition to all this activity, we were delighted to accept the Canadian Project of the Year (Over $100M CAD) Award alongside our project colleagues for the GO Expansion: Highway 401 and 409 Twin SEM Tunnels Project. The TAC Board of Directors said of the project “This award is made to a team who has significantly contributed to a project in Canada that has demonstrated the highest level of engineering skill, and shown insight and understanding of underground construction for a project in Canada.”

Of the three presentations that were delivered, two were presented by Gerald M. Skalla, MD for Canada: “Highway 401 Crossing 11m high tunnels with 3m Overburden – Digging under the world’s busiest highway” which looked at the twin SEM-mined rail tunnel that will provide much needed additional capacity on the Kitchener GO train network, allowing for double-stacked freight to pass along the corridor. As part of a broader campaign to expand capacity on the GO network, Metrolinx procured the 401-409 Rail Crossing Project under a DBF model and awarded it to TTP, a joint venture of Strabag and EllisDon with Dr. G. Sauer & Partners as specialist tunnel designer.

Gerald’s second paper discussed the three SEM Stations on the Eglinton Crosstown LRT and how the construction challenges were mastered. For three of the 13 underground stations on the new Eglinton Crosstown Light Rail Transit, the Sequential Excavation Method was chosen over Cut & Cover by Crosslinx Transit Solutions. The inhouse costing and scheduling during tender showed a clear advantage at three locations for SEM as the more cost and time efficient construction method.

It was a great event and opportunity to meet with colleagues old and new and we already look forward to the next event! 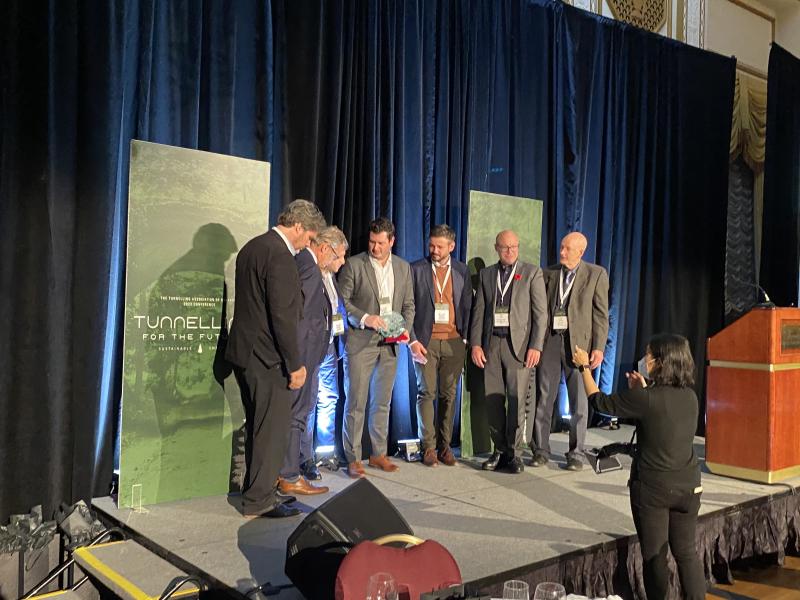